Submitted by Maureen Strazdon/HPAB in collaboration with the Cranford Historical Society.

Because of COVID restrictions, the Award wasn’t presented at an in-person ceremony this year, and a certificate that cited both properties for their restoration efforts was delivered to the recipients.

Kathleen Carlson received the Award for her sympathetic expansion of her house at 37 Algonquin Drive in Sunny Acres, working to preserve and maintain her houses’ original design to continue Sunny Acres’ legacy. Every year additions and modifications to the houses in Sunny Acres make the original designs undistinguishable. Needing more room, rather than add a floor or totally remodel the house, Ms Carlson chose to add an extension to the back of the Cape Cod house, making it look virtually identical to the way it looked in 1942 when it was built.

Sunny Acres, a community of 172 residences which was developed between 1940 and 1943 by the Sears Modern Homes Division, was designated in 2018 as Cranford’s first Local Historic District. It consists of Cape Cod and Colonial Revival style houses in a variety of pre-designed layouts.

There were 12 standardized, numbered designs or styles offered, but by placing the main body of the house lengthwise or endwise to the street, moving the placement of the garage to either side of the house, set forward or back, and adding a breezeway to detached garages, the houses were made to look different. 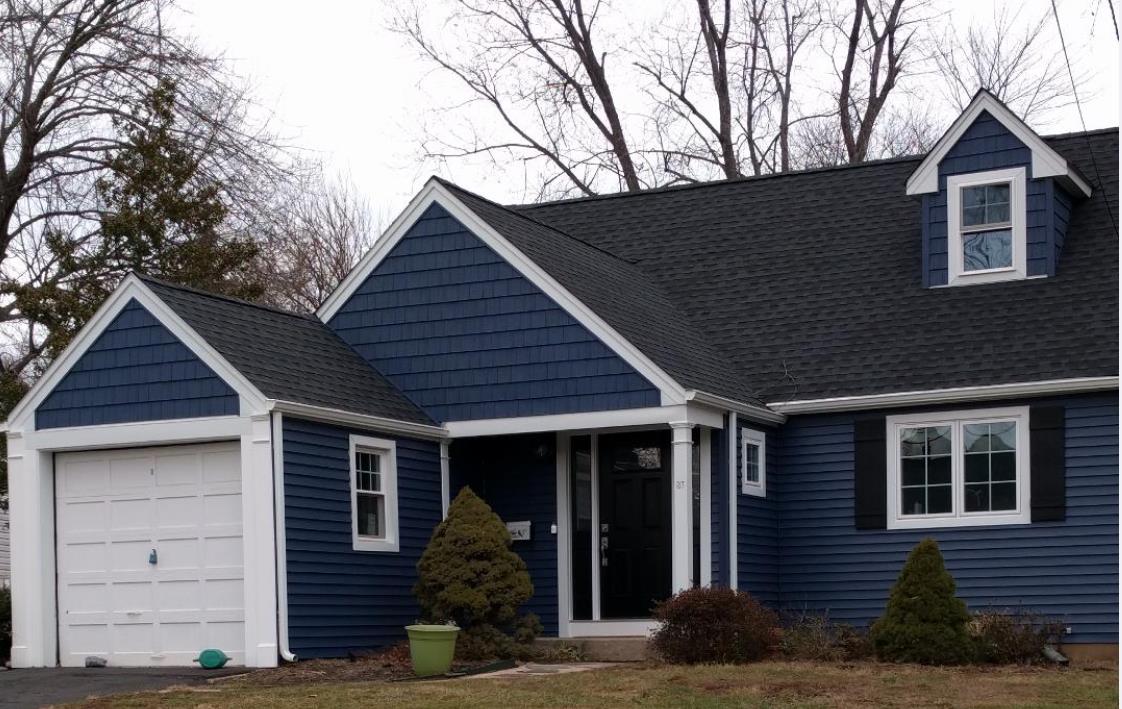 The Cranford Theater was honored for its place in the community as well as for the recent physical renovation that was done by owners Jesse and Doreen Sayegh. The theater abruptly closed in September, 2019.  During the time it was closed the citizens of Cranford realized what they had lost. But then, after undergoing a full renovation including new seats, drapes, floors, digital projectors, sound system, and an upgraded concession stand, the Cranford Theater reopened on November 8, 2019.

Cranford had a movie theater as early as 1909 at North Avenue and Eastman Street. On November 29, 1926, on the site of the old Township building at 25 North Avenue West, the Branford Theater opened, showing 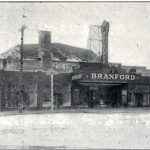 Noah Berry in “Padlocked”. Two months later, in January, 1927, the “B” in the theater name was swapped out for a “C”, and the Cranford Theater was born. The 1300 seat theater had both a stage and a Wurlitzer pipe organ, as most theaters of the time did, but it functioned primarily as a movie theater. It closed but then reopened several times over the years, and ownership and operators changed several times. All the while the Theater was a center of local activity and a good neighbor. In 1998, it was divided into five screens. 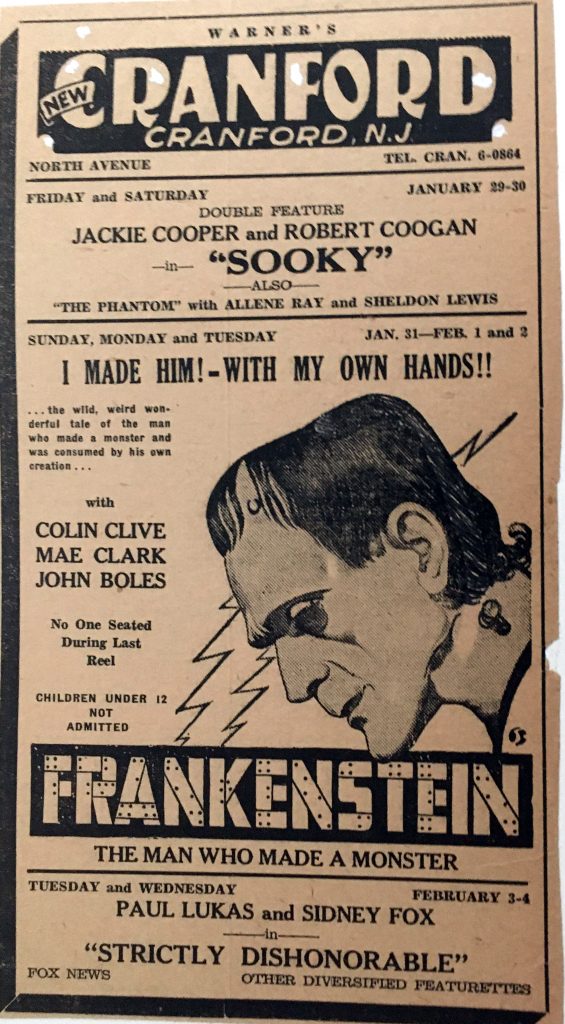 With its recent renovation and rescue as an independent movie theater, the Cranford Theater will remain an important and valued resource to the Cranford community.

Founded in 1927, the Cranford Historical Society is a non-profit educational organization, with membership opened to the public, whose mission is to preserve and perpetuate the history of Cranford.  For more information, visit www.cranfordhistoricalsociety.com.

The Cranford Historic Preservation Advisory Board (HPAB) is a Township committee established in 1993. HPAB’s mission is to aid in the preservation of Cranford’s architectural heritage through documentation of significant structures, education of the public as to the value of preservation, and advice to the Township on laws and activities impacting preservation. You can find more information on HPAB at www.preservecranford.com.