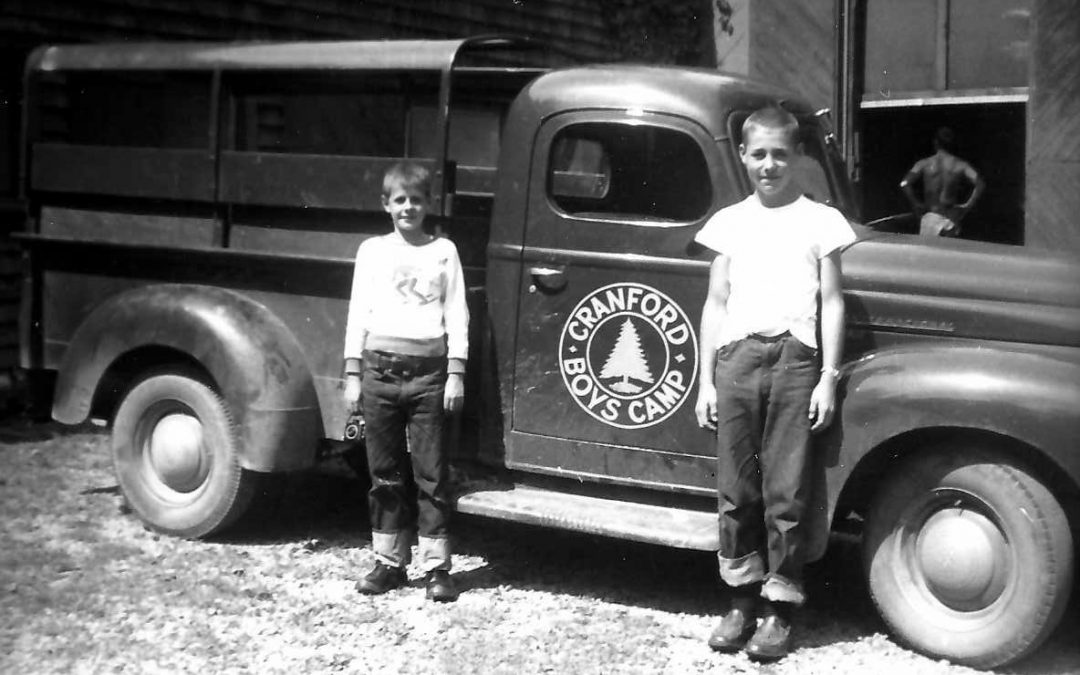 With summer now at hand, it seemed time to write an article about Cranford Boy’s Camp, which has been a longtime staple of Cranford summers.

Reverend Kenneth D. Martin arrived as Curate of Cranford’s Trinity Episcopal Church in 1916 and was made Rector in 1918. Soon thereafter, he began taking its Boy Scout troop, which he oversaw, on annual two-week camping trips. Because he had to find an available camp site to rent, the dates of the trip and the camp site varied each year based on site availability. Sites in Rhode Island, Delaware, and New Jersey were used.

This 1925 bill to reverend Martin shows just how inexpensive camp and equipment rentals were. 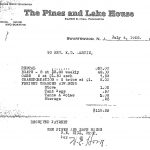 Wesley Stanger, who Martin had invited to join the continually enlarging troop, suggested that they search for a camp they might acquire so that the same site would be used each year. And thus begins the tale of the Cranford Boy’s Camp.

A suitable camp site was found in 1925 at Silver Lake in Hope New Jersey and negotiations begun for its purchase. Entertainments, including a tennis match in which local tennis star Dean Mathey played against 1920-1925 world tennis champion Bill Tilden, had already been held to raise funds for the future purchase of a campsite. The newly formed Cranford Rotary (of which Kenneth Martin was president) and the Boy Scouts both raised significant amounts, and the Rotary said it would provide maintenance for the camp if established. A new fund-raising campaign to bring the total funds to $10,000 towards the purchase and equipping of the Silver Lake camp site was fully subscribed to within one week.

On February 18, 1926 a New Jersey incorporation certificate was issued to the Cranford Boy’s Camp Association. 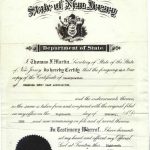 One of the first things the Cranford Boy’s Camp Association did, on April 27, 1926, was to empower camp director Kenneth Martin to permit authorized and organized bodies of boys and girls, properly chaperoned, to occupy the camp site without payment of any fee. In return they were asked to do any work they might be able to do to put the camp site in shape for further use.

The first few years the boys included clearing and building a proper camp among their activities. These resulted over time in a lodge, five cabins, a new sanitary kitchen and dining room, and chef’s and camp director’s cabins. The camp was closed 1943 and 1944 due to WW II. At the conclusion of the war, the camp was fully electrified, pressure type water and new septic systems were installed, and a new building with concrete floors was constructed for a washroom, showers and modern toilets. The camp was re-opened. 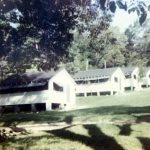 Cranford Boy’s Camp seems to have been at the peak of its popularity during the 1950s and 1960s, when it accepted 40 boys per two-week session, as these two photographs show. 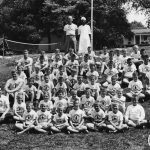 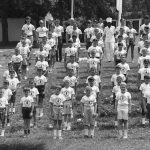 Notice how very little camp dress and grooming had changed between 1953 and 1967. Also, the same camp chef, who warranted his own cabin, is present in both photos.

This undated photo of the camp staff includes the chef and camp director Stan Grayson, who was camp director from 1948 to 1954. Many of the professional grade photos found in the CHS collections have Mr. Grayson’s name stamped on the back. 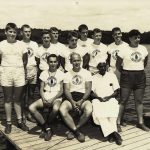 Sometime during the late 1940s or early 1950s the Lions Club appears to have taken over management of Cranford Boy’s Camp. In 1954 it was announced that the Cranford Boy’s Camp would not submit a goal to the United Fund for 1955 and would become non-participating. The expense and effort of running and maintaining the Camp seems to have ultimately become too much for the volunteer organization.

Cranford West cabins or concrete tent pads could be rented for a song by any Cranford resident age 21 or older during its beginning of July to the end of September season. The September 19, 2002 Cranford Chronicle reported that during that year’s season, 31 families had rented cabins and 19 had rented tent sites for $15 each. Those fees generated $1,125 of income to offset $6,075 of operating expenses, excluding insurance costs. Clearly, it was an offer like none other available to residents of surrounding towns, and significantly underwritten by the Township. By 2002, 11 of the camp site’s original 20 acres had been sold off, perhaps to offset operational expenses or to reduce the camp site size to something more manageable for Township maintenance.

In spite of concerns raised in 1999 that failing buildings might need to be torn down, as late as 2013, an article by local realtor Sharon Steele stated that Cranford West offered cabins, sheds, restrooms and showers, as well as canoes, a floating dock and a sandy beach area. By then the rental fee had risen to $25 a night, but was still a bargain.

Today, the cabins are no longer in use but the tent pads are still there and the dock, floating dock, kayaks, picnic tables, showers and restrooms are still in good service. The site is maintained through the cooperative efforts of the Township, the Jaycees and the Cranford West Conservancy.

Cranford West was scheduled to open for its 45th season July 4 – September 27, 2020 before the pandemic struck; whether there will be a 2020 season and how long is currently uncertain.